As in previous years, German companies from the wire, cable and tube industries as well as from industrial technologies in the foundry and metalworking industries will have the support of the German Ministry for Economic Affairs and Energy as they participate in trade fairs in Russia (Moscow), China (Shanghai), India (Mumbai) and Indonesia (Jakarta).

Germany’s international trade fair programme thus gives German companies attractive and inexpensive opportunities to exhibit at these trade fairs and to benefit in a variety of ways. Exhibitors from these metalworking industries are enabled to present themselves and their technologies at the German pavilion, under the German flag.

As before, Messe Düsseldorf GmbH has received the contract to create an official German pavilion at the trade fairs in question.

Exhibitors at the official German pavilion will pay a reduced participation fee for their system stands and space, while also receiving expert on-site support from Messe Düsseldorf as well as assistance in planning their trips, customs and other formalities and logistics. Free entrance tickets for customers and business partners and accompanying promotional and press material will ensure optimum public awareness of these trade fairs.

Registration documents and prices for participation in the official German pavilion at Metallurgy Russia and Litmash Russia are likely to become available at the end of 2017 and are expected to be released for wire China and Tube China, wire India and Tube India, Metallurgy India and Indometal in early 2018. 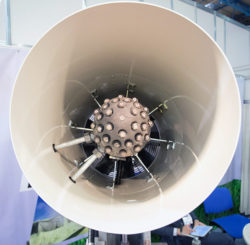